in All Saints' Church Hall,

Elephant maquette from puppeteer s side

Elephant maquette from audience s side

Table top Shadow Screen (can be used in workshops)

One day Performance and Workshop

After the show children can ask questions and see some of the puppets.

2 a) All participants are divided into groups, each one lead by a puppeteer or a teacher. They are given the text of the story that they are to perform, and can choose their own character.

Or (b) children express ideas with a view to creating their own original show.

3 a) Puppeteer/Teacher reads the story and children can speak their character’s part.

Or (b) children continue to develop their own ideas for a story and characters of their own show.

4) Characters are drawn and decisions are made as to where puppets’ joints should be. The different body parts of each character are then drawn onto cardboard and cut out.

5) Puppets are assembled : holes are made for joints, paper fasteners are used to join body parts together. Plant sticks are attached to the puppets so that they can be operated, colours can be added using gels.

6) Scenery is drawn and cut out.

7) Rehearsals of show begin. Children are offered the use of sound effects and can choose an instrument. They practise operating their puppets, saying their text and making sounds.

8) Performance. Each group gives a performance of their show in front of the other groups. Materials required:

Musical instruments for sound effects, pictures of animals and humans.

One 13 amp power point for shadow theatre sound and lighting.

A large room to perform in with a ceiling at least 2 metres 30cm high.

Complete Black out (if possible). 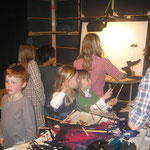 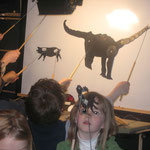 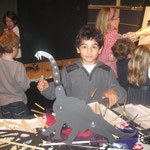 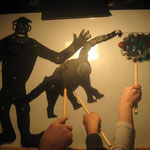 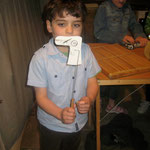 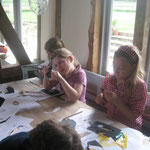 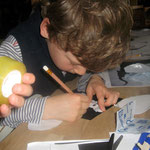 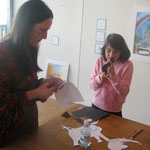 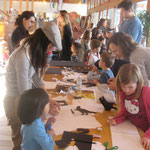 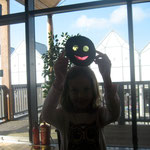 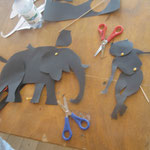 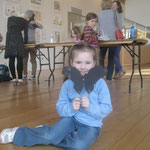 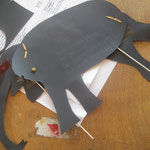 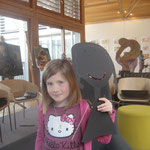 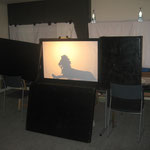 Manju Gregory (from Kabutar Theatre Co) and Rupert Ingrams (Dancing Firefly) led a workshop for 20 + children at North Wall Arts Centre in Summertown, Oxford. The theme was The Lion, The Witch and The Wardrobe by C.S. Lewis. The puppets were paraded around the centre of Oxford as part of The Oxford Light Night Parade celebrating the 50th anniversary of C.S. Lewis s death.

White Witch and Aslan (from C.S. Lewis: The Lion, The Witch and The Wardrobe)